I received my 6th Sunshine Blogger Award nomination from Lotus Laura! It’s always fun to stop by Laura’s wonderful blog and see what she’s pondering and sharing. She recently started her Crystal Aura blog, which pairs with her YouTube and Etsy shop tarot readings. If you’re interested in her insights, stop by and take a look! On her main blog, you’ll also find posts on a variety of topics, including personal reflections, historical and philosophical pieces, and even her original fiction. Thanks, Laura! 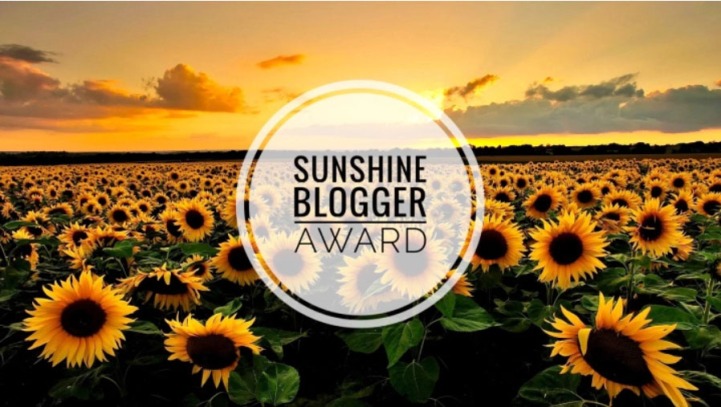 1.  Can you remember the first time you ever wrote for fun, what did you write about?

I’m not sure there was a time when I could write and didn’t use it for fun. I’ve discovered very simple stories about a rock or a bird written in the all caps scrawl of my 7-year-old self. I was about that age when I created a graphic story about a mermaid and a man falling in love. Or maybe she was a dragon. I know there was a series that had part-dragon people with little creatures plotting against them. No-see-boes, or something like that.

Anyway, the first time I wrote something fun that was mostly words instead of pictures was the start of a story about a museum where the dinosaur skeletons came alive. I only wrote about one chapter and the names I made up were awkwardly long, but I sometimes wonder where it might have gone.

2. If you could only pick between writing and reading, what would you choose?

I think I’d pick reading because I could probably get someone to dictate my writing for me (or I could use dictation software), but I doubt I could ever pay anyone enough to read aloud all the things I peruse for research and entertainment. Also, if I couldn’t read, I couldn’t edit my writing, and that would be a mess!

3. If you could have any superpower, what would it be?

I would choose shapeshifting, specifically the kind that the kitsune/fox spirits of Japan have. They can turn into individual people, a range of animals, plants, and even inanimate objects. It would be a great way to learn about the world from different perspectives and I’d basically get a bunch of other superpowers for free.

4. If you could travel back into the past, would you observe, or try to change things?

I’d rather observe. It’s too easy to mess things up by changing them, and instead I could learn skills and general information that might be helpful in shaping a positive future.

5. What is your favorite thing about autumn?

I love so many things about autumn that it’s hard to choose. Watching the changing leaves dance in the wind is definitely one of my favorites. The return of mist and rain is also pretty cool where I live.

6. Regarding your blog, when you first started out, did you ever think you’d be where you are today?

In some ways, yes, and in some ways, no. I was hoping that I would still be around after a year, and there are several goals I have that are still in the future. However, there were a lot of surprises in actually blogging rather than just imagining it. I never expected the blogging community to be so lively and welcoming, and I’ve made a lot of great connections I could never have foreseen.

I guess the swing ride. I like the sense of flying. But to be honest, I’d rather go check out the fairground barns to see the animals.

8. Do you have any book/TV/movie/music recommendations?

Oh, so many. But to keep this manageable, I’ll stick to some of my more obscure recommendations or those that I might not be able to recommend through my blog. Though please note that just because I cover something on my blog doesn’t mean I recommend it.

9. What is your perfect environment for writing? For example, music or silence, outdoors or indoors, in a crowd or alone, etc?

I’ve often wished I could retreat to a cabin in the woods for writing. I prefer silent solitude as a general environment. The living green of the forest is also inspiring, but I’ve tried to write outside, and it’s too much of a hassle. The wind blows my pages around, the sun glares off the paper so that I can’t see my writing, and bugs tend to distract me. A soft seat is always a bonus too, so I guess a cabin in the woods with a sofa would be perfect.

10. What would you say right now to the person you are missing?

“Thank you for telling me your stories. I always listened.”

11. What gives you confidence?

Ultimately, I suppose it’s the sincere belief that there is purpose in life. That even the little, seemingly inconsequential moments and the pain no one should wish on anyone are but notes in a larger symphony that we cannot see from within.

The Mind of Ayesha

My Questions for You

This site uses Akismet to reduce spam. Learn how your comment data is processed.